Mac McQuown spent ten summers working on his uncle’s farm in Illinois. He learned “organic farming” before the term existed, conservation that wasted nothing, and the consciousness of land stewardship.

At Stone Edge Farm, Mac and Leslie have engaged the organic expertise of Colby Eierman, former head gardener at Copia: The American Center for Wine, Food and the Arts and at the Benziger Family Winery, as well as the viticultural mastery of Phil Coturri, Sonoma’s foremost organic wine grape grower.

For over five years, the farm’s watering systems have been analyzed, upgraded, and managed by P.J. Zaft, a full-time certified irrigation auditor. During that period, the number of meters monitoring water use increased ten-fold, from three to 31.

The goal is to replace depletion from evapotranspiration, giving plants only what they need. Data is compiled and reconciled to verify that no water is wasted. The result: water use has been cut in half.

Photovoltaic panels were deployed atop the ag shed’s expansive roof in the northwest corner of the farm, but much of the power consumption occurs in the southeast portion, heavily shaded by mature trees. Solar cells provided power for a number of loads, including three irrigation systems, as well as surplus energy, earning net metering credits, but buildings at the south end were still buying energy at ten times the price.

The desire to connect services and route inexpensive, clean electricity throughout the farm, to explore how far below zero emissions it’s possible to go, and to establish a degree of energy independence – all led to building the MicroGrid.

Wooster was given a guiding principle:  all technology must reduce the carbon footprint of the farm.

He was asked to seek out any and all technologies without fear of failure or use of cost as the first criterion in decision-making.

The MicroGrid project offers an open door to start-ups and will purchase and deploy their equipment as part of developing software and infrastructure to integrate a wide variety of assets.

Dozens of interns, ranging from high school to post-doctoral students, have been employed by the McQuowns to assist in the project. 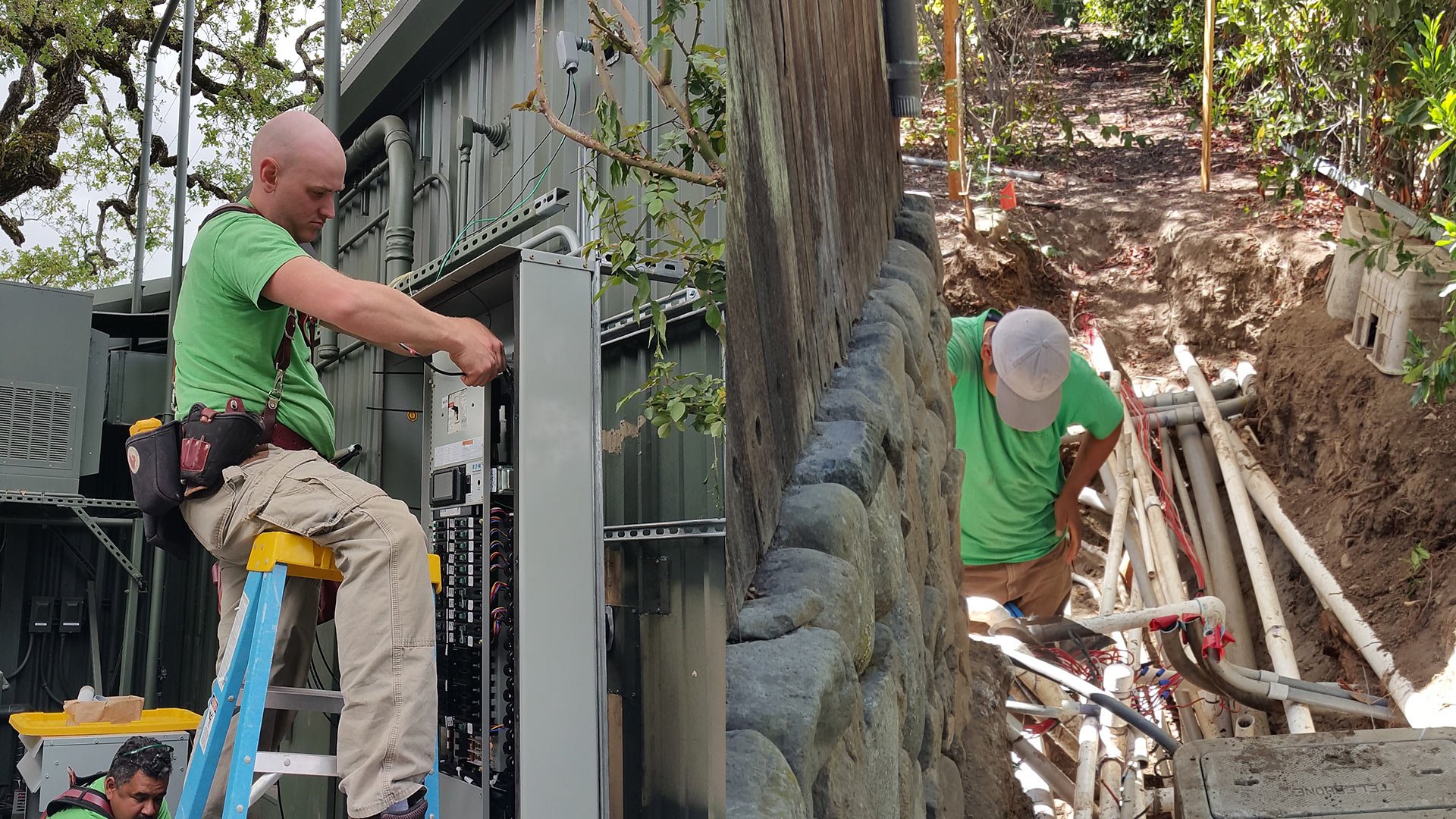 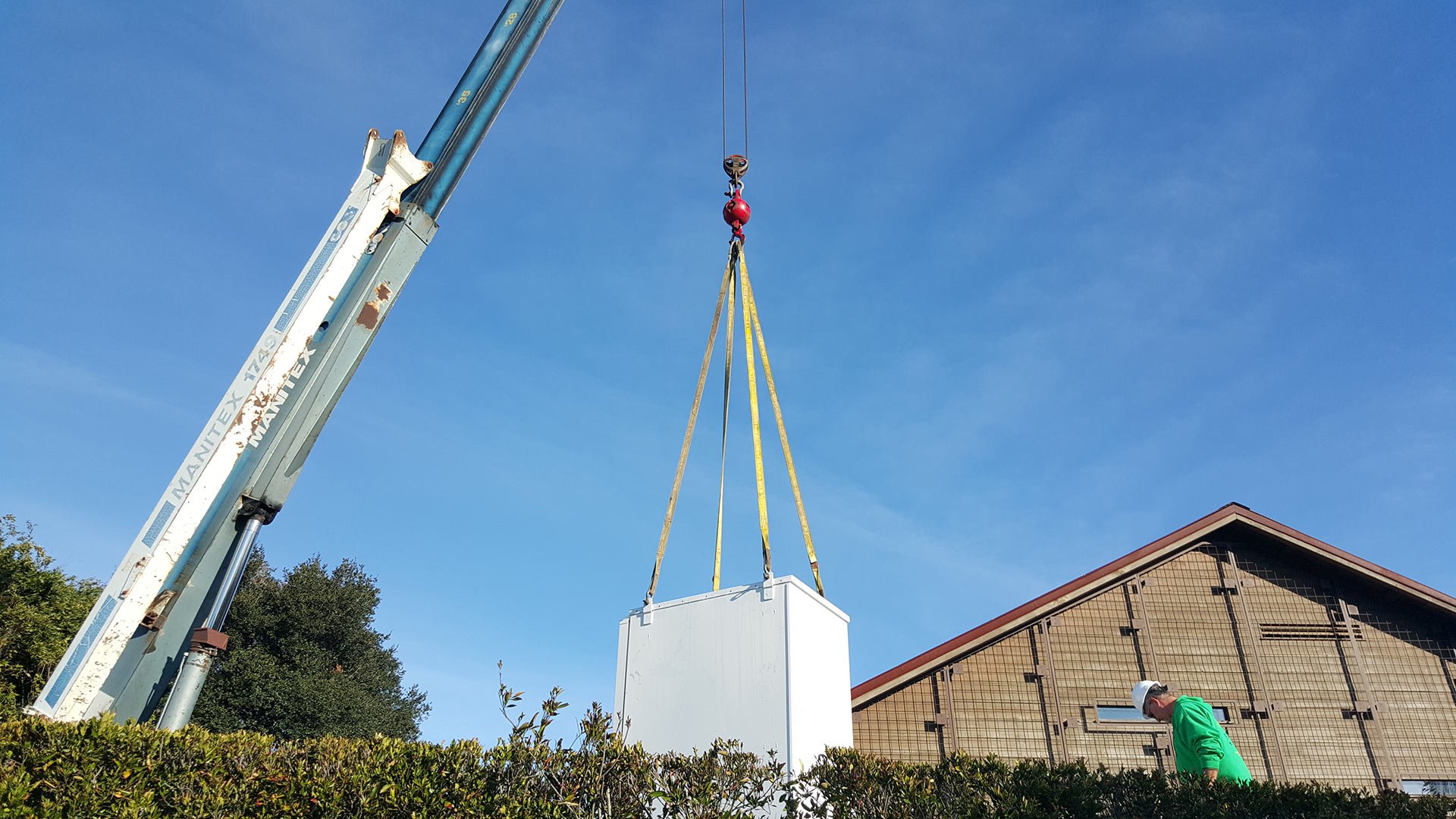 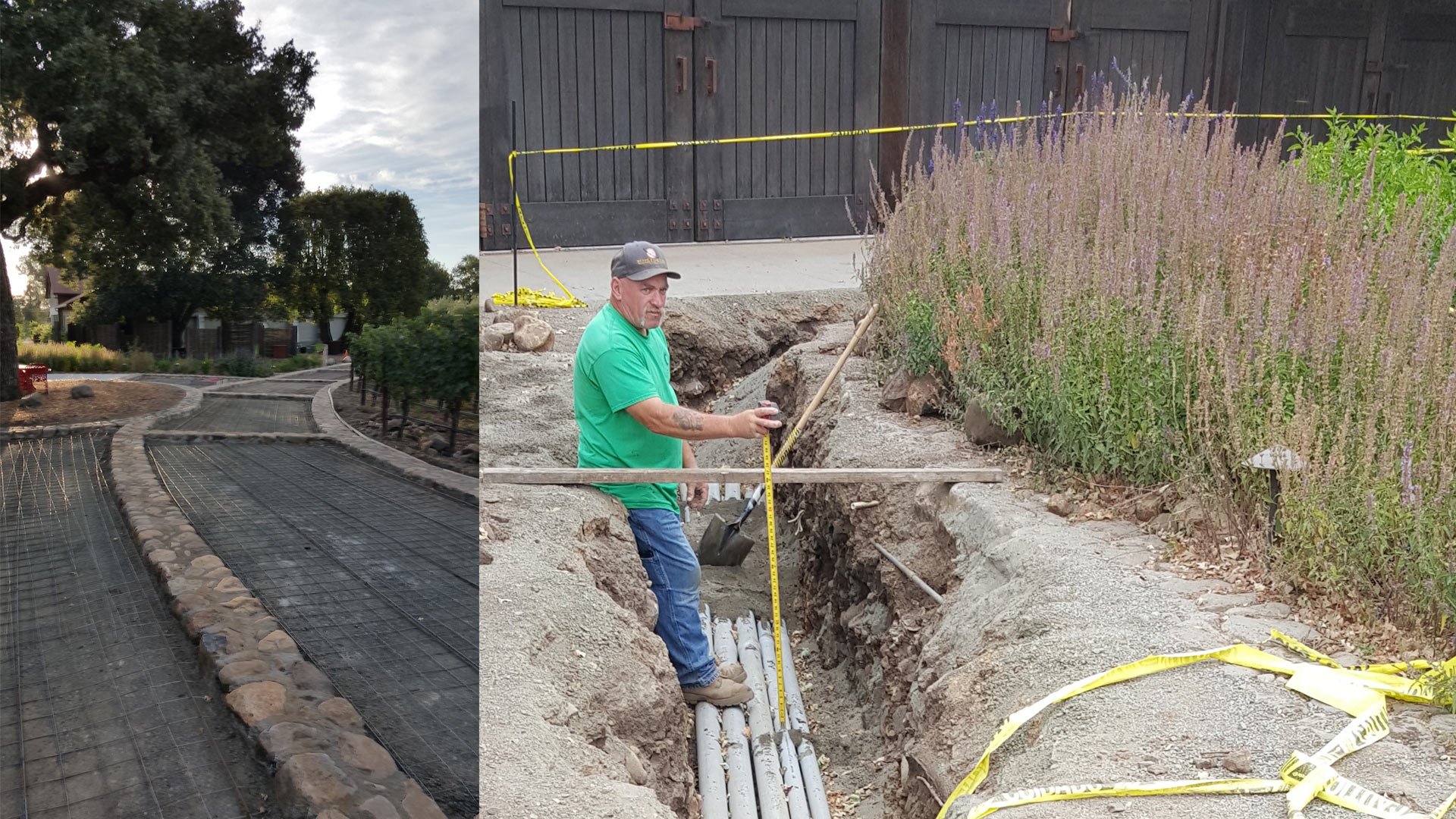 Preparing to re-pave near the auto barn (left). Ready to fill a trench at the dining barn (right).

Building our MicroGrid (slideshow above)

The Stone Edge Farm MicroGrid is an ongoing project of discovery with some unusual characteristics.

Take a tour of the MicroGrid.